As the winter makes way for the spring, wasp pest control becomes more prominent in the minds of many. It is during the spring months that wasps begin to emerge from their winter hibernation.

In the early half of spring, the queen emerges from her winter slumber to begin the task of building a nest and re-establishing a colony of wasps.

It is during this time that many people begin to see an increase in wasp activity, particularly if there is a wasp nest in close proximity, and wasp pest control soon becomes a priority for those who find themselves sharing their space with a nest. 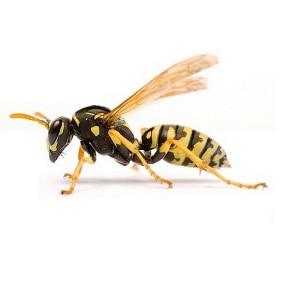 Wasps can be considered to be one of the most misunderstood pests that anyone can handle. It is with this in mind that we should consider some facts when looking at wasps:

As mentioned, wasps tend to live together in a nest, which can house thousands of them. Despite often seeing wasps individually, many people do not consider the nest as the source of the problem. It is only when a nest is located near a building (commercial or residential), that a nest is considered as a problem.

It is not uncommon for wasp nests to be located underground or in confined spaces. Wasps have a tendency to house their nests in large cracks, whether that is in the ground or in a building wall. This can make eradicating wasps tricky, especially if it is a large nest with a significant population of wasps.

The nests are made out of a combination of wasp saliva and other bodily fluids and materials scavenged, such as pieces of wood, leaves and other organic materials. The consistency and fabric of the nest often appears like paper and it can be surprisingly strong and durable.

Within the nests, wasps lay their eggs in cells. These resemble those found in a bees nest and there can many thousands of these cells within a nest. The larvae are kept within these cells and are fed by worker wasps until they have reached maturity.

How to spot a Wasp Nest

Perhaps the most obvious way to notice if you have a nest is the presence of more than one wasp in close proximity to one another. Due to their distinctive noise, wasps tend to grab your attention pretty quickly – more than a handful certainly will!

As mentioned, wasps tend to use large cracks or openings in either the ground or buildings to build their nests. There is always the risk that these openings can cause damage to the buildings if left unchecked. Furthermore, if these nests are located near the roof or a window, wasps can inevitably gain access to a building, causing more difficulties for residents.

Wasp Pest Control: What to do next

It may go without saying, but wasps can be a threat if approached or handled in the wrong way. Despite wasps tending to move around in a solitary manner – around a nest, where many thousands of wasps can be found – the potential for wasps to swarm is drastically increased.

Flea pest control can be a challenging task for anyone. If you have a cat or dog, you know that...

With the recent spell of good weather across London, many residents and businesses would be forgiven for thinking that the...

As is common at this time of year, bed bugs infestations are unfortunately an issue in the winter months, and...