Moth pest control has become increasingly needed in recent years. Many people do not take the necessary steps to prevent moths from taking hold in their homes and places of work.

Whilst they may seem pretty harmless at first glance, Moths can cause a variety of problems and it is for this reason that they have become one of the most despised of all pests. Despite the fact that Moths do not spread diseases or can harm a human in ways like a Bee or Wasp does, they can still be one of the most annoying pests that we come across – after all, at least a Bed Bug doesn’t eat your clothes! 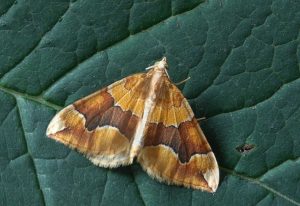 In the UK alone there are a total of 160,000 types of Moth species – that’s a lot of Moths! They are primarily a nocturnal animal, but this does not mean that you won’t see them during daylight hours too. For the most part, you have to look at Moths as a sort of failed butterfly – one which is fond of eating clothes and bouncing into lighting features. With this in mind, let us outline the type of Moths you’ll likely encounter at some point:

Clothes Moths – Perhaps the type of Moth which is the most maligned due to their penchant for eating our clothes. The larvae of Clothes Moths are overly fond of natural fibres and it doesn’t matter whether it is a wardrobe or a chest of draw, they’ll consume anything they can find.

An interesting fact about this species of Moth is that adults are often seen scurrying across the floor – even though they have functional wings – they tend to prefer this as a way of remaining hidden from any potential threats. They are often light brown in colour and measure anywhere between 0.5 and 1cm in length.

Carpet Moths – As the name suggests, these Moths are often found in and around carpets. The larvae of this specie of Moth are extremely small and for this reason it is hard to spot a potential infestation of Carpet Moths.

Despite the name, Carpet Moths are also partial to furniture, rugs, mats and cushions. If they can get to a natural fibre which is near to their habitat, they’ll consume it quickly.

The adult version of this species are also larger than Clothes Moths and have a darker or creamier colour to their bodies.

Food Moths – sometimes also known as a Kitchen Moth, this species (as the name implies) is found in kitchens. They like to feed upon open packets, or easily accessible packets, of food.

A notable feature of Food Moths is that they will plant their larvae in and around food. With this comes the possibility that their larvae can be consumed by unsuspecting home-owners. Whilst their larvae will not cause any health issues if consumed, it goes without saying that it is not something which anybody would like to do.

But what can Moths do?

As mentioned, Moths will not discriminate in their hunt for natural fibres to consume. It doesn’t matter if it’s your grandmother’s antique wedding dress or a cheap t-shirt, Moths will eat it if left unchecked.

Holes – The most noticeable mark any Moth can leave. Often these holes will be large and numerous if a larvae is given enough time to consume the natural fibres. Moths will consume either clothes, furniture or food and you’ll always see holes whenever they have the chance to feed uninterrupted.

With this tendency to destroy natural fibres, Moths, as a consequence, will impact your finances in the long-term. They will consume natural fibres quickly and methodically, causing you to inevitably spend more money on new clothes and pieces of furniture.

General nuisance – Moths will fly around at any time of the day, especially during the night when you may be trying to sleep. That been said, they’ll tend to lay their eggs anywhere they can, which means that you’ll have to be vigilant even after you have eliminated the initial moth infestation.

As with any pest control issue, there are always a few home remedies and anecdotes surrounding Moth control. Broadly speaking, it would be wise to take these with a pinch of salt.

With every pest control problem, the most practical solution is to contact a professional pest control company to alleviate the issue. In doing so, methodical and effective treatment can be deployed to eradicate any larvae or infestation – treatments which will leave you with peace of mind in the long run.

In much the same way as Wasps, Bees pest control becomes a priority for many during the springtime. It is...

As the winter makes way for the spring, wasp pest control becomes more prominent in the minds of many. It...

Flea pest control can be a challenging task for anyone. If you have a cat or dog, you know that...