Get Me a Pest Control Expert!

Get Me a Pest Control Expert!

Every year, we settle on the sofa to watch a group of celebrities face a series of jungle challenges. There are tears, laughs and gag reflexes as these celebrities must consume a plate of critter goodies. Yes, we are talking about I’m a Celebrity…Get Me out of Here!

Though 2014 has seen its share of trials, eating and otherwise, there’s no reason we can’t look back on the previous series and pick out the most memorable dishes.

Below, we have put together a short profile of a couple of famous insect contestants that have played their part in this popular series.

It can either be eaten raw, or it can be cooked. It is also said that this moth larvae has an almond-like flavour. When the grub has been cooked, its outside layer of skin becomes crispy, and the inside of the larvae turns a pale shade of yellow.

Another fierce contender of I’m a Celebrity’s eating trials now, the cockroach has made an appearance in the majority of the series; whether they are consumed blended in a mixed beverage or whole. 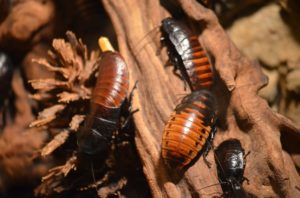 But what is it about cockroaches that make us squirm?

Well, if it’s not their almost indestructible nature, it has to be the thought of having a cockroach sprint across your living room rug.

Cockroaches have a hard coat or shell that protects them from danger. This is just part of the reason these pests are so hard to get rid of. Usually travelling in packs, if you spot a cockroach, it’s likely you have an infestation. They tend to favour warm homes over anything, making your property susceptible to an invasion.

For many, the fear of these creepy crawlies pervades every inch of their bodies when we see them sprint across the room or hiding away in a corner.

However, for our dear celebrities, there is no room for dread as tarantulas, and other species of spider, have become a popular delicacy in the eating trials.

Roasted or raw, there are many different types of spiders all over the world, with the so-called ‘daddy long legs’, money spiders and tarantulas being a couple of the most well-known. 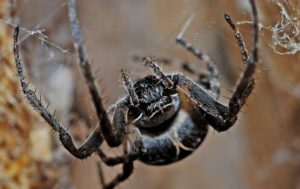 Excluding the Witchetty grub, the insects above are common pests in the UK. Though we may laugh, cry, squeal and squirm at celebrities tucking in, pests are a serious problem and need to be carefully dealt with.

If you suspect you may have a pest problem, don’t worry because Pest Control London is here. We operate in the London area and have the expertise and skill to perform adequate pest control in your commercial or domestic property. Please get in touch today for more information and stay tuned for more news.

A Guide to Known Pests

We’re all familiar with the horror stories of bed bugs and pest control experts fighting to the death with these...