How To Get Rid of Wasp Nests

How To Get Rid of Wasp Nests 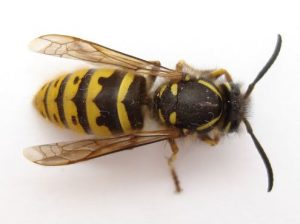 They are quite useful in the wild and in your garden because they eat flies and dead insects, and are natural pest control.

But as great as they are, wasps are an angry bunch and can become a nuisance if they nest too close to your home.

They are predatory by nature and are at their most aggressive near the end of the summer when it is hot.

The biggest threat is that the wasp nest gets disturbed and that they see you as a threat to their colony.

Wasps release a pheromone that alarms the rest of the colony to attack.

This can happen whenever a wasp feels threatened not just when they sting you.

Their other threat is wasps stinging people who are allergic.

So take precautions and don’t go too close to a wasps nest and try not to anger a wasp.

But Remember Don’t Swat a Wasp!

Swatting wasps is not a good idea because when a wasp is threatened, squished or attacked it will release a chemical pheromone that brings its buddies to come help it out.

The best thing to do is to walk away.

Preventing Wasps From Building a Nest

If you see a wasp in your home buzzing around, this may be a sign that their is a nest nearby.

So you may want to check around to see if you can find it.

You then also want to seal off any entry points that a wasp could use to get into your home.

This includes any unsealed vents, little gaps in doors and around your windows.

Hang a Fake Wasp Nest Up

Wasps are very territorial so they generally don’t like to build a nest too near to other wasps.

So this means if you hang a fake nest up outside your home or in your garden, wasps will make their nest further away.

You can get a fake wasp nest on eBay.

Wasps like to eat flies so they like to eat meat, so make sure that you don’t leave any open food sources about.

This includes pet food cans, open bins, and any other food containers you may have.

However, in the late summer, they like sweet food with sugar in which is why you see them buzzing around your cans of pop.

So make sure to remove any sweet food sources.

Get a Wasp Trap

Wasp traps can be quite effective when used in early spring because the wasps flying about will be mostly Queens.

So if you get rid of them before they can build a nest then you will save yourself a lot of hassle later in the year.

Each Queen wasp could have upto 1000 wasps in her nest, so you can see that doing this one thing early in the year can make a big difference.

If you like you could make it yourself from a plastic bottle and some sugar water (just remember to empty it each day) – Click here for instructions.

Or you can buy a wasp trap from Amazon.

Wasps don’t like the smell of mint, and studies have shown that peppermint oil is a great repellent for wasps.

So you can get some peppermint oil or spearmint oil and put a few drops around your home and garden where wasps may build a nest.

This will stop wasps building nests in the same locations as the year before.

How To Remove a Wasp Nest

It is dangerous to remove a wasp nest and we recommend you find an experienced pest controller who has all the right tools to do the job.

If you are doing it yourself make sure you are not allergic and that you wear protective clothing.

Simply get a spray bottle and fill it with water and add a few tablespoons of fairy liquid.

Then in the evening or at night when the wasps are the most calm you will want to spray at the nest.

The way it works is the soap clogs the breathing so they die almost instantly.

If you have a larger nest you may want to use the garden hose again with some soap, just make sure to stand well back for your safety.

If you don’t want to tackle it yourself then you should call a wasp nest removal expert.

If you have a wasp problem in London then give us a call.

You may be inclined to think of caterpillars as a more rural or agricultural pest control issue but it has...

How To Get Rid of Mice?

Are you looking for how to get rid of mice? - We have made this infographic about mice pest control,...

There are plenty of rodent infestation horror stories in the press. You only need to make a quick search online...