How many of us have unwanted critters lurking around somewhere in our homes?

No matter which season, they seem to be growing rapidly in mass and number, regardless of what you try to do.

If this sounds like something you are currently dealing with, then read on for some great tips.

END_OF_DOCUMENT_TOKEN_TO_BE_REPLACED 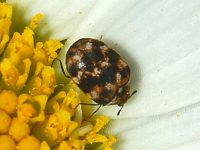 Since the 1960s, companies have been producing pest control products from silica in the form of crystalline silicon dioxide to kill insects such as carpet beetles.

Silica is a very common deposit that is mined from rivers and other bodies of water, and, when looking at the Earth, Silica makes up over 25% of the planet’s weight, and can be found in various forms, such as clay, glass, sand, emerald, and more.

END_OF_DOCUMENT_TOKEN_TO_BE_REPLACED

Here are some of the strangest reported locations our residential pest control team have heard:

END_OF_DOCUMENT_TOKEN_TO_BE_REPLACED 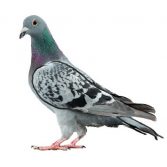 When we look at the pigeons that fly around the parks and waddle around on the hunt for something to eat, we either think of getting rid of pigeons as pests or cute little animals that deserve a bite of our doughnut.

But, did you know that pigeons have a unique history that actually made them one of the most valuable animals in the world for those that needed to get word to someone else in a distant location. That’s right, you guessed it: messenger birds! Here is everything you need to know about these fascinating historical pigeons.

END_OF_DOCUMENT_TOKEN_TO_BE_REPLACED

If you enjoy the changing of the seasons from cold and dreary winter through to spring showers and balmy, summer days then you aren’t alone. As well as the weather being kinder to our skin and health, it is perfect for all those insects and pests that we all love to hate.

While mosquitoes, flies and spiders might be at the top of our To Avoid list, it is important we are just as aware of the pests that bug our pets, too. 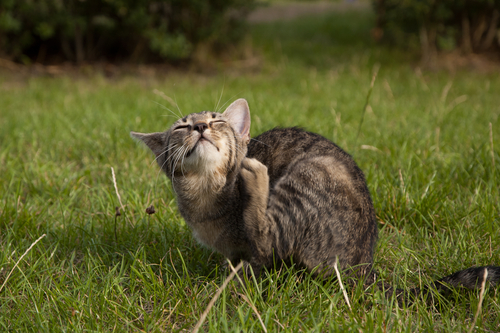 END_OF_DOCUMENT_TOKEN_TO_BE_REPLACED

As summer edges ever closer, our minds wander to holidays, quality time spent with family, friends and loved ones, and getting away from it all. One of the best ways to enjoy the warmer climes without disappearing to the continent for a few days is to make the most of the British Isles and go camping.

END_OF_DOCUMENT_TOKEN_TO_BE_REPLACED

The Case of the Super Bat

Forget Batman Vs. Superman, the star of this show is the Super (immune) Bat.

Some people may consider the bat to be a pest due to its attic roosting; making a mess of their attics and keeping them up all night, and, let’s be honest, who can blame them?

But did you know, there is a much scarier reason to be wary of bats invading your home?

END_OF_DOCUMENT_TOKEN_TO_BE_REPLACED

Spring Time Pests to Look Out For

If you’re happy to see the warmer weather here at last, then it’s time to dig out those sunglasses and put away your winter coat… because the days are getting longer, the skies are getting brighter and summer is well on its way. Sort of; if we keep saying it, it has to come true, eventually.

END_OF_DOCUMENT_TOKEN_TO_BE_REPLACED

Are You Worried about the Zika Virus?

Spring has finally arrived in the UK which means we can all breathe a sigh of relief as we hang up our winter coats – and reach for our umbrellas instead! Although the weather in spring typically warms up as we ease our way towards summer, it is also much wetter thanks to those April showers!

This combination of warm, wet weather means areas like your garden, and around water and trees will be swarmed with insects like mosquitoes, gnats, and midges.

END_OF_DOCUMENT_TOKEN_TO_BE_REPLACED

As we settle into March, the days get a little longer, a little warmer and the sunshine starts peeking through the gaps in the clouds. With spring fast approaching, it is only natural for our minds to start wandering towards the annual spring clean.