The percentage of people who have been bitten by an insect or stung by a wasp is, not surprisingly, very high. You may have experienced one or the other, and the not so lucky people out there that have had the displeasure of both may want to invest in some insect repellent.

Pest Control in London deal with wasp nests regularly, and with warmer days this autumn, you might still be at risk when it comes to the perilous, yellow jacket fiends. 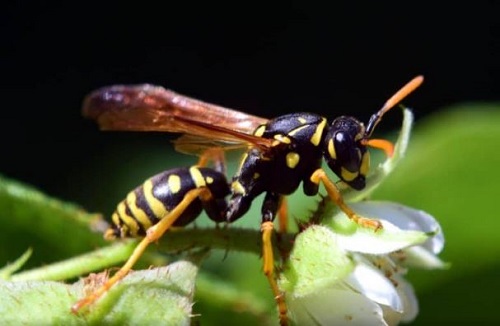 If you become aware of an angry wasp, it is important that you remain calm. Do not wave arms around or try and attack the wasp – this will only make matters worse. Keep a close eye on children who are not likely to know how to deal with wasps. Beware of groups of angry wasps – move quickly and get to safety.

If you are attacked by a wasp, act fast. You have been injected with a painful mix of histamine, dopamine and peptides that will irritate your skin and cause a red itchy weal to appear. If you have anti-histamines, take one to reduce the itchiness. An ice pack will reduce swelling and do not scratch your sting as this can invigorate the venom.

Although rare, stings can result in anaphylactic shock; which is a very serious reaction to a sting and can even be fatal if left untreated.  An anaphylactic reaction can occur at any time, even if you have been stung before without such a severe reaction, so be aware and alert to the signs. This kind of reaction is a medical emergency.

If you think someone is having an anaphylactic reaction, then call 999 immediately. If left untreated, this reaction can be fatal due to closed airways. The quickest way to alleviate a severe reaction is to administer a shot of adrenaline. In the worst case scenarios, more than one shot may be required.

Call in the Pros

Additionally, older wasps can carry bacteria and spread disease, much like other insects and pests; such as flies. Because of this, it is important to remain vigilant when it comes to tackling wasp nests. If you think you may have discovered a wasp nest, it is imperative that you consider your own safety and call in the professionals.

Pest Control in London is our speciality, and our trained experts are on hand in north, east, south and west London to help dispose of any wasp related issues.

If you have an issue with wasps and think that Pest Control London can help, then please do not hesitate to get in touch to arrange an inspection.

With autumn well under way and winter just around the corner, you may be forgiven for thinking that you are...

I Smell a Rat!

Rat infestations are not uncommon and can happen to anyone. It doesn’t matter how clean your house is because when...

Is There Something Bugging You?

Unwanted pests can potentially cause a lot of damage to your home and business; not to mention reputation. Being seen...